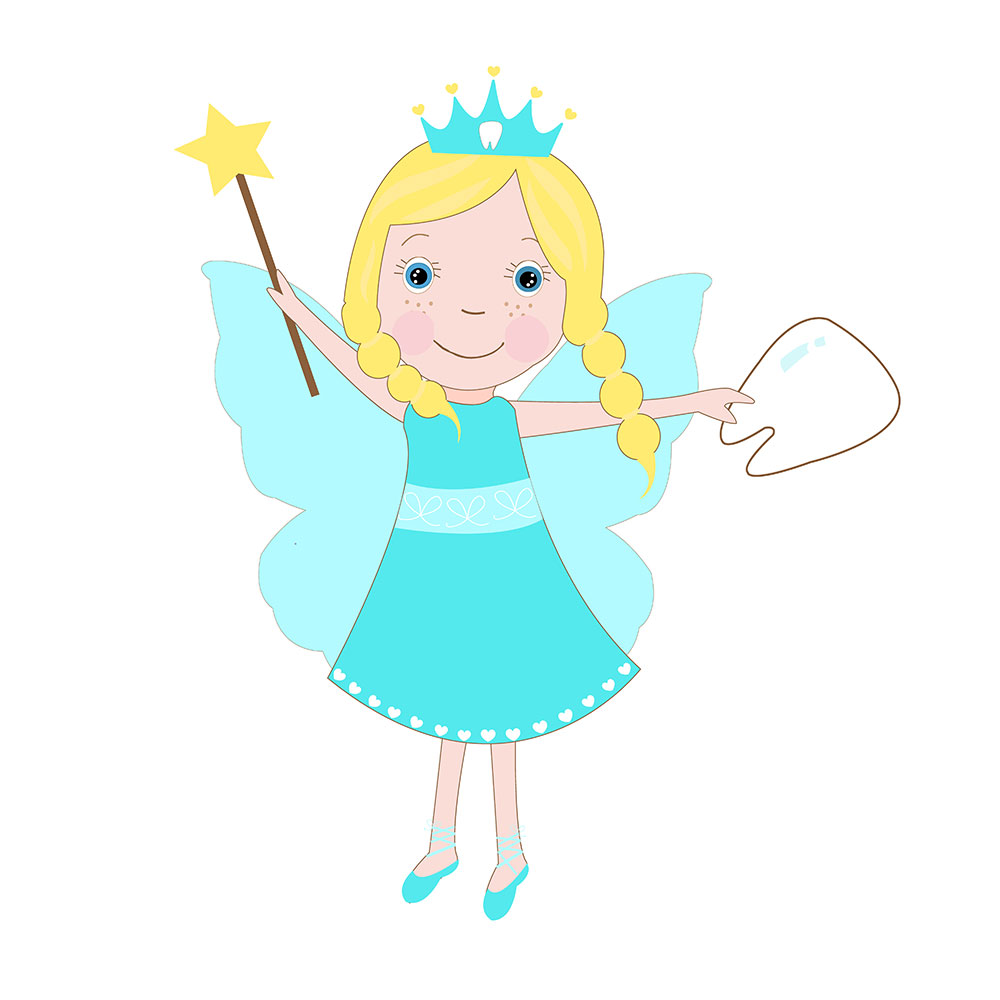 The Tooth Fairy is quite a mysterious deity with an elusive history. Unlike many traditions, the Tooth Fairy is fairly young, and it isn’t entirely clear where she came from.
In honor of National Tooth Fairy Day (2/28), we’ve compiled a summary of her history.

Some say her origin lies with an old British custom of leaving sleeping servant girls “fairy coins,” though this has nothing to do with teeth. Irish folklore is heavy on fairy changelings, which occur when fairies take away a sleeping baby and leave a fairy child in their place. If a child ever fell ill, it was suspected this was an imposter who had been swapped for a fairy stand-in. Some would place an old tooth nearby as a ploy to throw the deviant fairies off course.

In an old Venetian custom, children who lose baby teeth are given a coin or gift by a Santa-esque being, and in a tradition originating in 19th century France, the Virgin Mary left coins under children’s pillows in place of lost baby teeth.

She Started her Career as a Household Pest

Perhaps the closest parallel is “La Bonne Petite Souris” (The Good Little Mouse), an 18th Century French children’s story in which a bad king locks up a good queen. A mouse helps the queen, revealing herself to be a fairy who hides the king’s teeth under his pillow after knocking them out. He then has the king killed.

This story sparked a timeline of Tooth Fairy news points:

The Tooth Fairy didn’t really take off until after WWII, during the 1950’s. This makes sense, as this period was one of prosperity and a child-centric view of the American family. With characters in Disney movies like Cinderella’s Fairy Godmother and Peter Pan’s Tinkerbell, fairies were a major part of popular culture.

Her Prices are Fair

Today, the Tooth Fairy is alive and well, and she has even adjusted her reward system to keep up with inflation. Before 1975, a baby tooth would yield 12-18 cents, but today, children receive an average of $3.70.